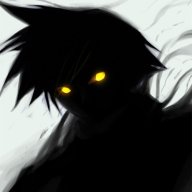 Here are the update notes for the 1.0 Release Candidate. Please note, due to the amount of content in this update, the notes will be posted through multiple announcements. Links will be provided at the bottom of each announcement to the next section.

As all of the test server Community Contracts have been successfully completed (thank you to everyone for participating, great work!) the following details outline what will be granted to you for the completion:


The new challenge will be announced shortly after this update has been released.

The addition of the teams of three is a big step for us in the development of Hunt: Showdown, opening up the possibility to enjoy the game with more than one friend at a time. During our time testing this new addition, we found that trios added a whole new level of engagement to the game and provided a unique and fresh experience when compared with solo and duo. Trios (or squads) were the top requested feature throughout Early Access and we are very happy to finally be able to make this a reality in Hunt. To ensure a fair balance, we had to come up with a number of design adjustments to integrate the larger teams.

Our first step was to increase the player count from 10 to 12 players to allow 4 teams of 3 to be matched together. This was an essential requirement to keep the unpredictable atmosphere of a match, keeping players alert and guessing where the enemy might be lurking, never fully knowing if you are alone or surrounded.

Secondly, we wanted to ensure that those who are not a fan of the teams of three can continue to enjoy the game as before, with little to no impact. The new Underdog bonus is our answer to this which we feel should incentivize solos and duos to give the teams of three a try.

And lastly, we decided to stick with the “Rule-of-Two” as it is, using it as a way to balance the teams of three by adding an additional burden in terms of logistics (health, ammo, etc.). Only two of the three players will be able to use the same ammo or health supply, loot dead players or carry the bounty. This requires additional coordination to ensure that no player on the team runs low at a critical moment, as well as ensuring that the trio will not extract 50% more bounty than a duo, just because of having an extra pair of hands available.

The new Book of Weapons gives players a further opportunity to unlock pieces of lore from the Hunt-verse. In addition, and more importantly, the Book of Weapons will replace a part of the unlock system that was previously tied to ranking up.

This update sees a massive overhaul to the UI and the entire menu screen for increased usability on both PC and console.

This update sees the introduction of our new UI, version 2.0. With the changes we have made, we wanted to greatly improve the usability and user experience in the menus of Hunt. Over time, we have added new features and will continue to add more, so we want to ensure that you are not overloaded or overwhelmed by these features. The new UI allows us to be more flexible, as well as creating a proper framework for future development. This should make it a lot more console-friendly and ensure that the UI flows as well on console as it does on PC. For more details, check out our blog “Hunt’s UI reborn[www.huntshowdown.com]”

1.0 brings with it our first set of Female Hunters and welcomes them to the ranks of the “American Hunters Association”.

We are very happy to be able to introduce female characters to the cast of Hunt. This is something that we have wanted to do for a long time as well as being another highly requested addition from the community. We hope you enjoy the addition of these characters and keep an eye out for more character variations (including legendary variations) in the future.

Legendary content is a massive extension to the game, unlocking previously unused potential when it comes to the customization and personalization of your Hunters. We are delighted with the addition of legendary content as it gives us a chance to show a level of uniqueness and love for detail that has thus far been unseen in Hunt. By making it so that players can simply pay to unlock, we hope that we have created a fair and acceptable way of implementing premium cosmetics. Additionally, by rewarding players with random legendary unlocks at certain prestige levels, we are able to deliver on the promise we have been making throughout Early Access of having prestige rewards.

The role of the Waterdevil is to play a roadblock for the unprepared, in places that change up the avenues of attack or escaping a compound. To help fulfill this role in a far more meaningful and less frustrating way, we have changed its behavior so that you are able to better damage and distract it to open up pathways for you to get through unscathed. Be quick though, any Waterdevil that is killed or distracted will not stay that way for long.

In an effort to help players combat the Hive swarm when their parent Hives are out of sight, we have introduced melee and fire damage counters. A blunt melee or slash attack is more effective than a stab but all methods can be used to swat away that pesky swarm.

The rework to the meathead allows us to truly play into the fact that he is blind and cannot hear anything. The leeches will now act as scouts that will broadcast the players’ position to the parent Meathead when they screech. The Meathead, however, will be able to sense players that have been poisoned, making him a very dangerous target when in a poisoned state. Players can also poison other players when they are sneaking past a meathead to aggro the monster.

In order to ensure that all of the bosses are feasible options to engage, we have balanced them to all be more in line. With this change, our hope is that players will feel that there are no “bad” options when picking a boss and feel more driven to engage.

As well as making changes to the Spider to make her more engaging and aggressive, we have carried over the frenzy mode feature of the Butcher to the other 2 bosses. This change in behavior that is shown as you progress through the fight should make the engagements far more interesting.

As we leave Early Access, one requirement for us to be sure that Hunt: Showdown is ready was mixing the game in 7.1 surround. Our focus here is to cater to our three core pillars in terms of audio: readability, realism and consistency. (Some extra info on Hunt’s Binaural audio can be found here)
During this process, adjustments were made to all sounds in game as well as adjusting volumes, attenuation, reverb and occlusion. The result is a far clearer, cleaner, and balanced mix. Once you are more familiar with these improvements, you should notice how these improvements will give you a more accurate perception of the game world around you, leading to a more intense and immersive experience than before. We are very happy with this result but as always, we will continue to make further adjustments based on your ongoing feedback.

We want to take this chance to thank you all again for all the input you have provided related to Hunt’s audio during Early Access.

In general, 1.0 is changing the weapon balance up in a number of ways; from projectile speed ignoring arms for blocking hits to the body, reduced sway in ADS, to wall penetration changes - as well as extra ammo capacity adjustments. In some cases, where a weapon loses one advantage, it potentially can gain an advantage in other areas. For example, The Sparks now has a lower, more realistic bullet speed that has an impact against moving targets at range, but any torso hits are more likely to inflict the maximum damage; which balances the offset. The reduced sway and increased ammo help increase your chances of hitting, but also allows the weapon to be used with more sidearms other than the Uppercut without running low on long bullets too quickly. There are a number of other examples like this throughout the arsenal that will take some time for players to get used to/relearn how to effectively use their favorite weapons.

The Dolch and its place in the game balance is something that has been troubling us for some time, and as you know we have tried a number of different solutions during Early Access. The dilemma we are facing is that we want to ensure the weapon is portrayed correctly, being the most powerful and advanced weapons of its time, firing bullets at velocities that are unmatched by classic black powder handguns. On the other hand, we have to find compromise between its pros and cons to ensure that is has a balanced place in the arsenal and is not considered too OP.

With these changes, we want to clearly position the Dolch as an endgame weapon. Being the powerful weapon that it is, it needs to come at a price. Aside from increasing the cost, we are also making it harder to use: we are drastically increasing the recoil even further and changing its ammo type to Special ammo to make it harder to resupply (new ammo type is referred to as a “Modern Smokeless Powder Pistol cartridge” that refills from Special ammo packs only, similar to the crossbow and Nitro Express). No changes have been made to the ballistics of these bullets so it will function as before just with the price and recoil changes.

To compensate for these nerfs, we are reverting to the old ammo capacity of [10/10] instead of the current [10/5]. Originally this ammo reduction was to reduce the effects of equipping additional Medium ammo weapons for the purposes of having extra rounds for the Dolch. These changes, mean that we can safely return it the previous capacity removing the complicated ammo management.

We hope that this combination of changes will finally allow the Dolch to find its place in the arsenal. Make sure to give us your feedback on these changes.